Systems for detection and tracking of moving objects have a high demand nowadays. Our purpose was to develop the system for the analysis of the humans’ activity in the supermarket. In particular,

Below is the basic scheme of the “People Tracker” framework:

The video import module was used for proper transferring of inputs (either stored video or live video streams). All metadata was extracted for other modules.

The ROI detection module was used for the automatic extraction of shop areas with the human activity. 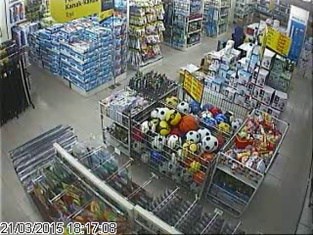 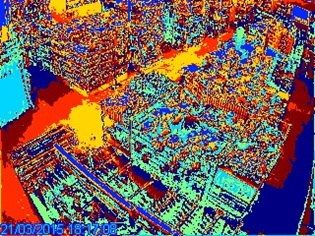 In order to extract ROIs, we have extracted each cluster data separately and applied the contour detectors. Fig. 3 illustrates the sequence of binary image corresponding to the K-means clusters:

Since the clustering of ROIs has been done based on colour segmentation, the evident problem is that in some situations the floor can be not seen due to various obstacles in the shop. In order to make the algorithm more generic, we proposed to track the people activity and store their trajectories. As a result, these trajectories can be drawn as a point cloud. And this point cloud can be clustered by the same K-means algorithm. Fig. 4 illustrates an example of video frame with a point cloud and the resulting detected ROIs. 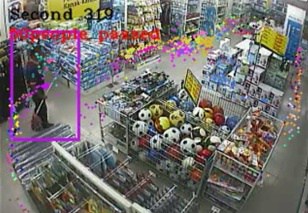 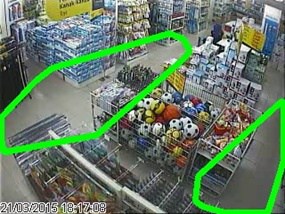 Each point in the cloud corresponds to the position of the trajectory of arbitrary human. Such points are extracted and automatically clustered resulting in the detected human activity areas.

Finally, below is a short video sample demonstrating the developed “People Tracker”