You are here: It-Jim > Blog > Binary Marker Recognition on Raspberry 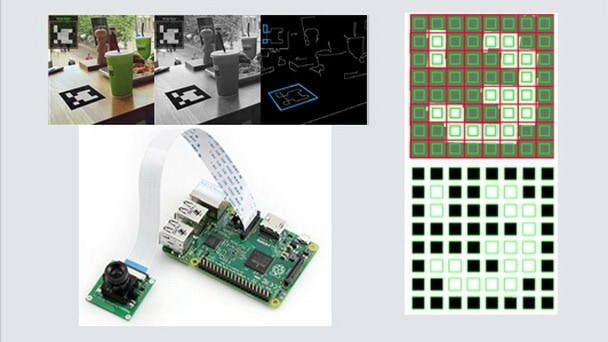 However, when we deal with a large number of markers, real-time recognition becomes challenging, especially on embedded devices with low power CPUs on-board.

In this project, we have been working on optimization of fiducial markers tracking algorithm on Raspberry Pi. Firstly, the default recognition algorithm was integrated.

Above “brute force” solution provided around 10 FPS. In order to overcome this challenge and improve the performance, a set of new ideas was proposed and added into the recognition pipeline. Below table contains high-level illustration of each improvement and the effect of its integration into the pipeline.